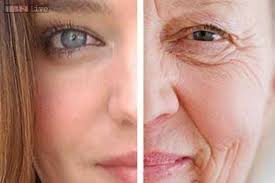 Telomere
A chromosome is a long strand of DNA.  Telomere is at the end of a chromosome and works similar to a bookend.  Telomeres maintain chomosomes protected and prevent them from fusing into rings or binding with other DNA.  Telomeres play an important role in cell division.

The Secret of Ageing – Telomere Shortening
Telomeres, being bits of “junk DNA”, is located at the end of the chromosomes 染色體, protecting our real DNA when a cell divides. Each time a cell divides, the DNA unwraps and the information in the DNA is copied.  The process does not copy all of the DNA information – the telomeres are not copied. When the cell is finished dividing, the DNA comes back together.

It happens that the very last bit of a chromosome can’t be copied 100% when cells divide – a little bit gets cut off. It was considered that, as cell continue dividing, the telomeres get shorter each time until they are ended. At that time, the “real DNA” cannot be duplicated further and the cell simply ages without replication anymore.

Effect of Telomere Shortening on ageing
In studies on population level, researchers have demonstrated older people having shorter telomeres. Finally the cells having shorter telomeres can’t further replicate and, over time and on lots of cells, tissue damage and the terrible “signs of ageing” can appear. Most cells can replicate about 50 times before the telomeres becoming too short. Some researchers believe that telomeres are the “secret to durability” and there are circumstances in which the telomeres will not shorten. As example, cancer cells don’t die because they turn on an enzyme, the telomerase 端粒酶, adding to the telomeres when cells divide. Some cells in our body want doing this, such stem cells and sperm cells, because they want replicating more than 50 times in our lifetime.

Researchers can use the length of a cell’s telomeres to determine the age of a cell and the number of its replicate. In anti-ageing research this is important. When a cell stops replicating, it enters into a period of decline known as “cell senescence,” which is the cellular ageing equivalent. However, another reason telomeres are important is cancer.

Cancer is a condition in which certain cells in human body stop dying. All systems in human body are carefully balanced to allow for cells replicating and dying.  If cells stop dying and keep replicating, the balance is disrupted and there are too many of same kind of cell.  Groups of these cells form tumors.  Researchers believe that cancer cells are creating an enzyme called telomerase to prevent telomere shortening.

How Telomerase is produced?
Every cell in human body has the genetic code to make telomerase but only certain cells need to produce this enzyme.  Sperm cells and white blood cells want to have telomere shortening switched off for making more than 50 copies of themselves through human lifetime.  In advanced cancer, the cancer cells also look to be producing telomerase to allow them continue replicating without dying.