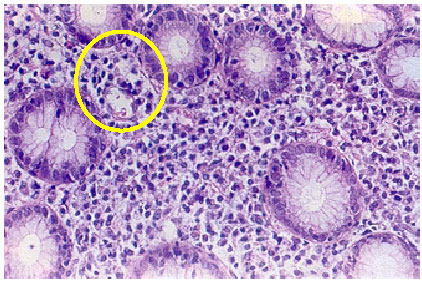 Research shows 80% of stomach ulcers and 90% of those in the duodenum, the upper end of the small intestine, develop because of infection with Helicobacter pylori (H. pylori)

H. pylori is a spiral-shaped bacterium commonly found in the stomach.  The bacteria’s shape together with the way which they move allow them to penetrate the stomach’s protective mucous lining, where they produce substances which weaken the lining and make the stomach more susceptible to damage from gastric acids.

Although it is not known how H. pylori infection is spread, scientists believe it may be contracted through food and water.

Most people infected with the bacteria don’t have symptoms or problems such as ulcers.  Only a small number of people with the infection develop stomach cancer.  It’s not clear why some infected people develop ulcers and others don’t.

When H. pylori does cause symptoms, they are usually either symptoms of gastritis or peptic ulcer disease.  Most common symptom of peptic ulcer disease is gnawing or burning abdominal pain, usually in the area just beneath the ribs.  This pain typically gets worse when stomach is empty and improves when eating food, drinking milk, or taking an antacid.

Other symptoms may include:

Diagnose include:
1)
Upper GI(gastrointestinal) series – An X-ray of the upper GI tract — the esophagus, stomach, and duodenum.
2)
Endoscopy – A procedure that involves snaking a thin, flexible tube with a camera down the esophagus, through the stomach, and into the small intestine to view the upper GI tract.
3)
Blood test – for antibodies in the blood that indicate exposure to H. pylori
4)
Stool test – using a small sample of stool to look for evidence of infection.
5)
Urea breath test – to check for the presence of a gas produced by the bacteria.

How did I get H Pylori?