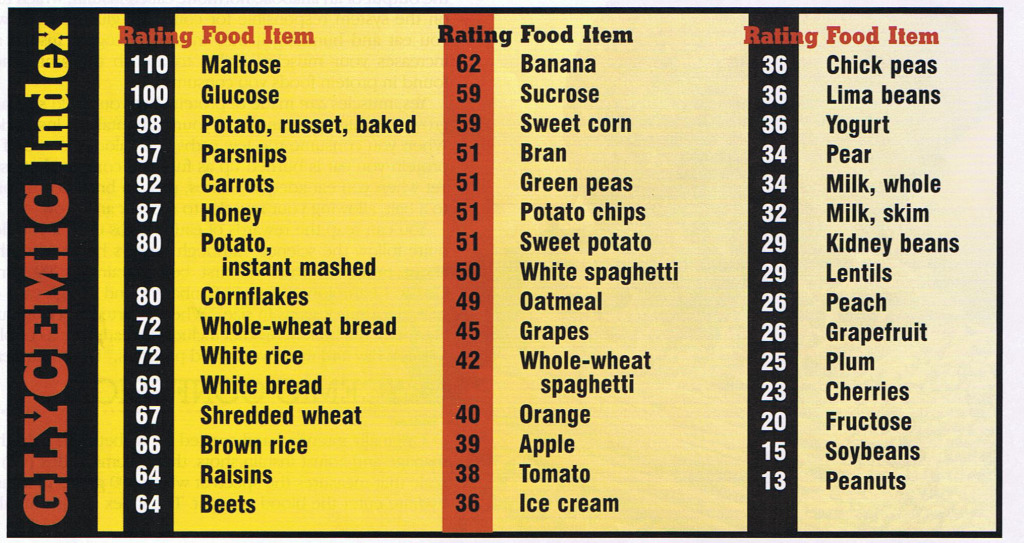 Factors affecting the GI of Food
Fat and fiber tend to lower the GI of a food.  As a general rule, the more cooked or processed a food, the higher the GI but it is not always true.

Other factors affecting the GI of a food

Other factors to be considered
The GI value represents the type of carbohydrate in a food but without indication of the amount of carbohydrate typically eaten.  Portion sizes are still relevant for managing blood glucose and for losing or maintaining weight.

The GI of a food is different when eaten alone than it is when combined with other foods.  When eating a high GI food, combine it with other low GI foods balance out the effect on blood glucose levels.  Many nutritious foods have a higher GI than foods with little nutritional value.

No one diet or meal plan serve everyone with diabetes.  It is of paramount importance to follow a meal plan specifically tailored to personal preferences and lifestyle and helps achieving goals for blood glucose, cholesterol and triglycerides levels, blood pressure, and weight management.

Diabetes: What is the Glycemic Index?

Hunger and the Glycemic Index